Between a few good charity shop finds and a recent trip to the flea market in my mum's town, I've picked up quite a few nice bits recently. To save inundating you with stuff in one go, I'll split it into two separate posts: papery things and sparkly things! First up, the paper ephemera.

These all came from the flea market, a surprisingly good haul from a small market that has been turning up less good stuff of late. This is a weekly market in a small town that has been mostly filled with people selling off second hand toys and clothes to try and raise some cash, rather than regular market traders. Fortunately, there are a couple of regular stalls that always have sewing and knitting patterns, and these were still there. I paid no more than fifty pence for any of the items in this post.

First up are a couple of sewing patterns to add to the pile of kids' ones for when the little one is bigger, both 1960s and unused as far as I can tell. 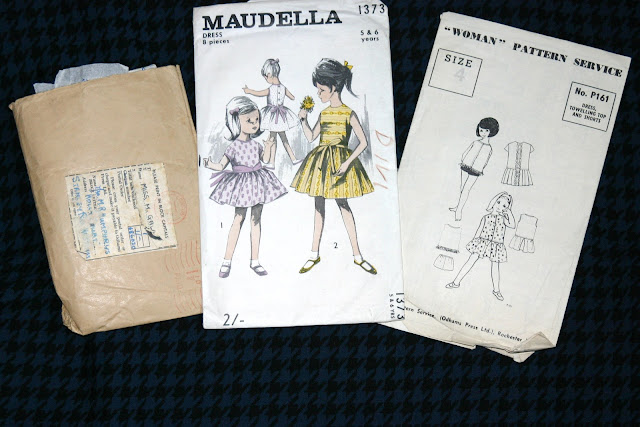 That tempting little mail order envelope on the left was very intriguing. I had a quick glance to see what it contained, but didn't really get to see the contents until I got it home. What was inside? 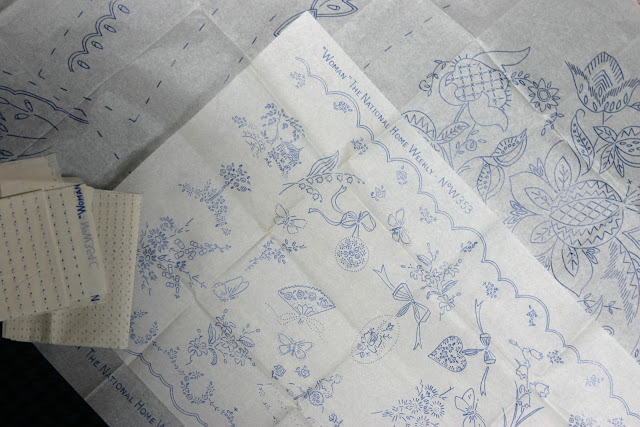 Embroidery transfers! The postmark on the envelope dates them to 1950. There are three copies of a sheet of small designs, lots of sweet bows, butterflies, florals and a crinoline lady. The large sheet is a tablecloth design with a border pattern and a central design of pomegranates and flowers.

There are also several sheets of different sized smocking dots, which tie in by perfect happy accident with one of my other buys. These came from one of the stalls I visit on every trip, and the lady remembers us (including little one's name) even though she only sees us three or four times a year. 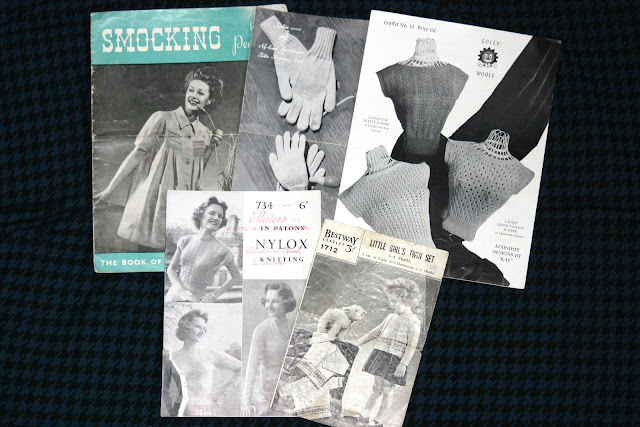 I've been after a copy of the smocking book for a while, since I did some smocking early this year. Copies regularly come up on eBay but never at a price I've liked. Some nice patterns too: a basic gloves pattern, a sweet girl's fair isle twin set, and cap sleeve jumpers in three stitch patterns. Most importantly, these are in double knit weight wool! With a fairly large stitch count too, since they're lacy. I might knit myself the feather and fan one for my next knit I think. Now to choose a colour. Navy? Dark green? Hmm.

The last few things I nearly missed. The stall holder was packing up already at lunchtime and I was on my way out when I spotted a glimmer of 1950s garishness in a box. It was full of beautiful vintage children's books and various other old books. I got these two lovely ones. The book of fairy tales is '50s, and the farm book is likely late '30s or early '40s, judging by the illustration style and the style of clothes the girl in the stories wears. Both a little bashed, but it's to be expected. They've obviously been loved. 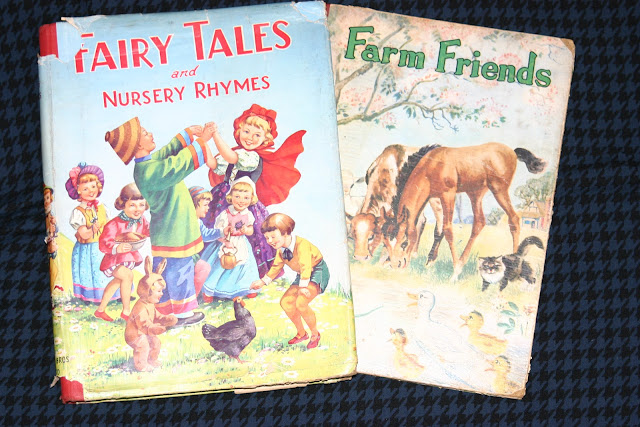 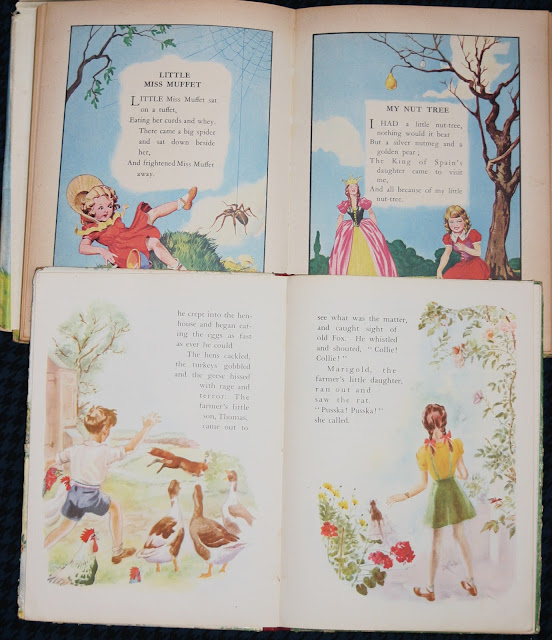 Only to be read with mummy's supervision! I also got this lovely thing from the same stall, so I'm very glad I stopped to peek in that box! 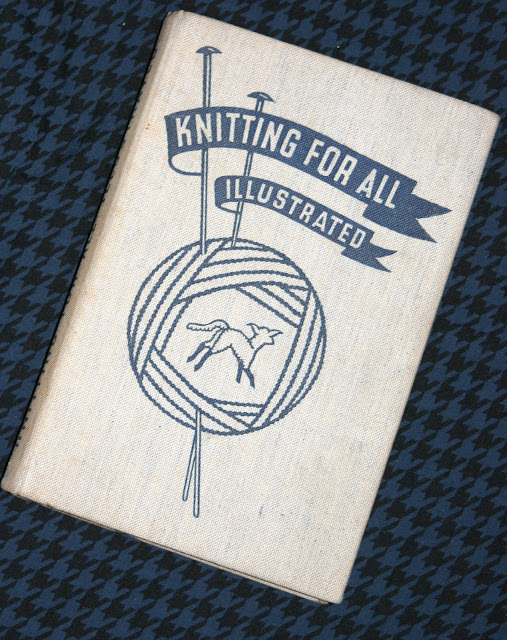 These books regularly go for ten or fifteen pounds on eBay, so I did a mental happy dance when I grabbed it. This is a fairly well sought-after wartime knitting book, published in 1941. It's packed full of lovely patterns and information on remaking and recycling old knits and how to make the most of your wool when making garments. The illustrations are beautiful too: 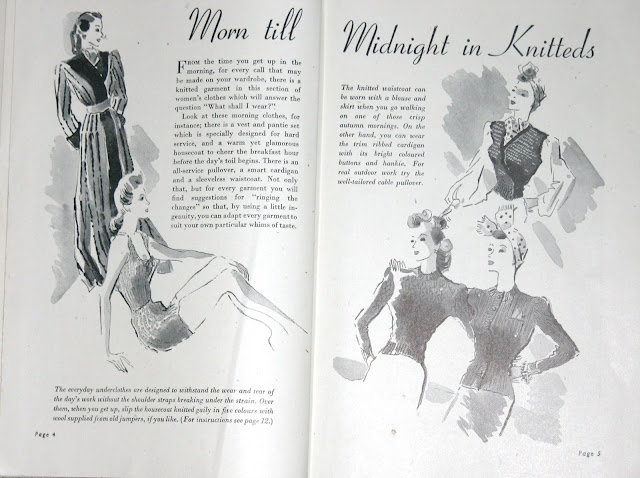 The waistcoat in the top-right is a very tempting piece. I'll probably give this book its own post at some point soon, since it's such a lovely bit of literature.
Posted by Ginny at 15:20