This year I got round to attending Woolfest, a treat courtesy of Boyfriend's mum. I only actually found out about this event last year, even though its venue is very local to me here, being in the next town over just a few miles away.

I did take the proper camera, but made the error of not checking to see if the memory card was in! I do that all too often. So no proper pics, and just a couple of phone snaps.

Little One thoroughly enjoyed stroking the array of fancy sheep with crazy horns, but the alpacas were definitely her favourites! 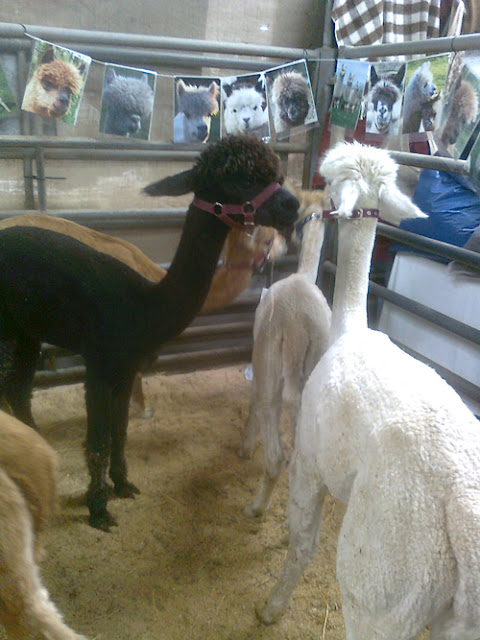 I don't blame her. These guys are so sweet with their giant eyes and afro hair. They'd just been sheared too, which makes them look so very odd.

I bought a few bits, though no actual wool, heh. I guess I'm still too much of a cheapskate to pay the prices for wool at these things even though I know it's worth it. Plus I didn't have much spending money AT ALL with Little One and Boyfriend's birthdays both coming up next week.

I got this issue of Needlewoman and Needlecraft, dated October 1953. 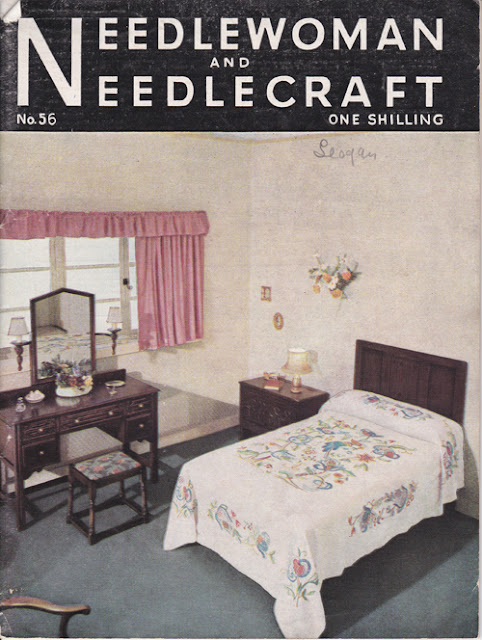 I bought it primarily for this pattern, which I wholeheartedly intend to make up at some point. Pretty! 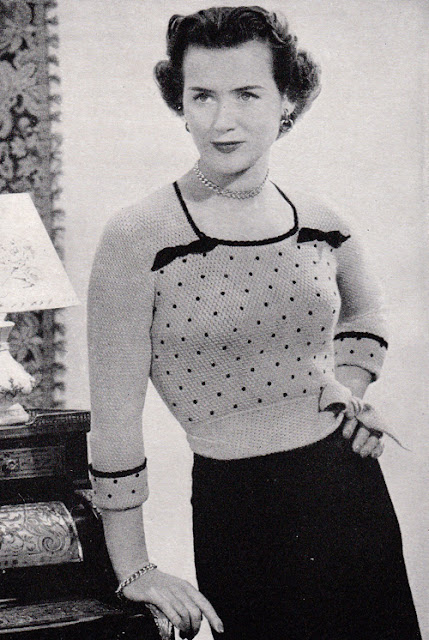 A couple of knitting patterns: a simple cardigan for me, and a textured cardi and a shrug for Little One. 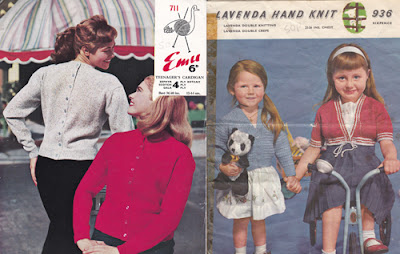 The magazine and patterns both came from Felicity J Warne's The Old Bookshop, a specialist costume and fashion bookseller with a vast array of vintage and current books. I spent a good while at this stand browsing- she had some gems! They sell via their website as well as having an appointment-only shop in Enfield, London.

I also stopped by Susan Crawford's stand and got to look at some of her lovely knitwear in person. They really are as nice as they look in the books. Speaking of which, Boyfriend's mum bought me both Vintage Gifts To Knit, and Coronation Knits, two lovely pattern books. Though apparently they're my Christmas present- she whipped them out of my carrier bag and took them home when I wasn't looking. Bah. Sadface.

My only other buy was some always-necessary buttons from Brimstone Buttons and Buckles. They had a lovely selection of vintage ones as well as fancy carved wooden and horn new buttons. I came away with a set of three red 1950s ones, and some 1930s black carved ones for £1 each set. 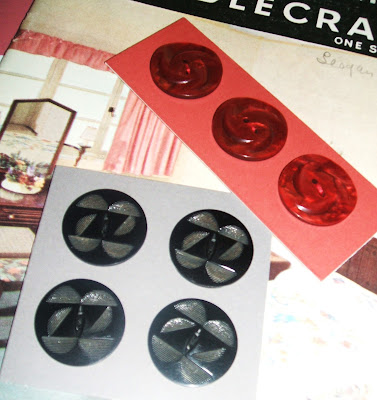 I wished I had enough for the blue glass daisies buckle in the photo below (top right). It was beautiful! 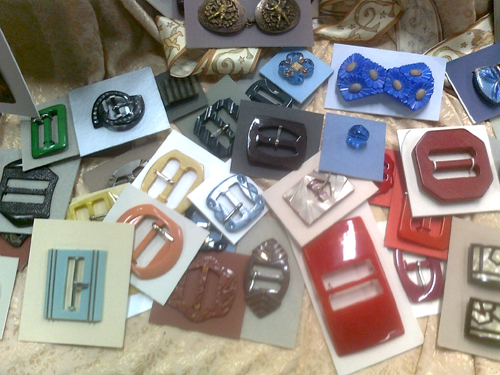 Afterwards we stopped off for coffee and cake at the Squirrel's Pantry tea room- a lovely little place with vintage crockery for sale on all the windowsills. Someone enjoyed a big jammy scone. 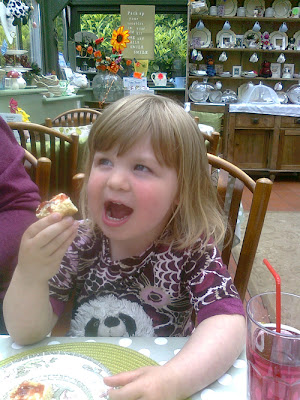 Hopefully I'll get to go again next year with more money!