Don't worry readers, I haven't fallen off the edge of the blogosphere. I have been sewing, but I've also been adjusting to a new routine now that the not-so-Little One has started at nursery school. I also spent last weekend feeling sorry for myself after she brought home the inevitable stinker of a cold that accompanies the first week of school.

I meant to do in-progress posts as I made my Fall For Cotton blouse, but in the end it came together so quickly that I never stopped to think about it! As a recap, this was my plan: 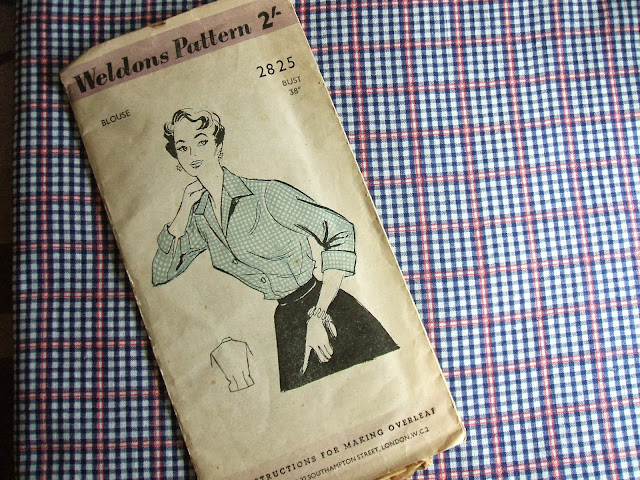 A 1950s Weldon's blouse pattern, made up in a vintage check printed cotton fabric of undetermined age, though almost definitely older than the pattern.

As I said in my previous post, I made it up in a bargain polycotton check first off to test the fit and familiarise myself with the pattern. It needed grading up a size, but I just added half an inch onto each side seam edge and onto the sleeves. I often have to adjust patterns for narrow shoulders, so by just adding to the sides I hoped to avoid this. I'll share that shirt another day, but the fit was good so I cut this one out the same. I had to cut around a big fault in the weaving half way up the length, so actually ended up using all of the almost 4 yard length for this blouse. 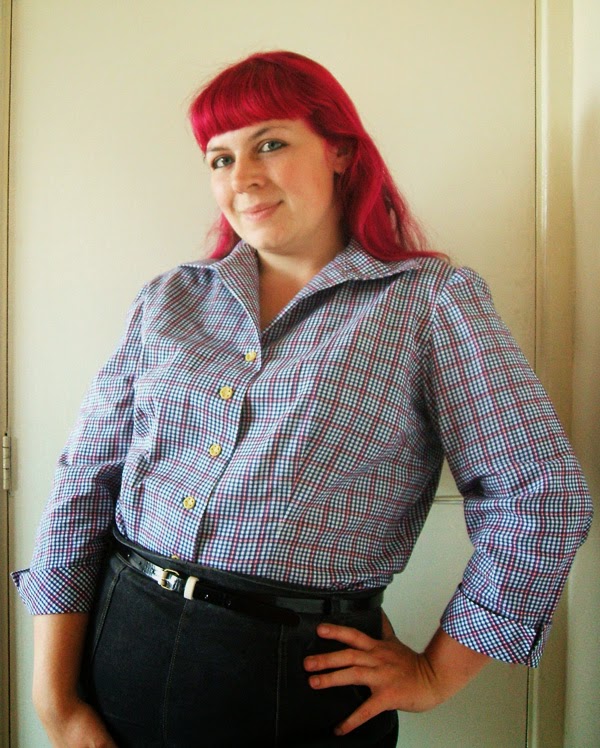 When it came to buttons, I had nothing suitable in my tin so I was going to have to buy some. It wouldn't have felt right using modern buttons on this, so I treated myself to a card of deadstock vintage buttons from International Quality Kitsch on eBay.

This shop is a very random assortment of deadstock bits and pieces from 1960s pocket money toys to 1940s hair slides.  Squeaky animal orchestra with interchangeable heads, anyone? No. Thought not. The selection of buttons is lovely though, and very wide with a good variety of colours, materials and novelty and basic buttons. I decided to go with these yellow ones as a contrast. I'm trying to bring a touch of yellow into my wardrobe as an accent colour. It doesn't suit me to wear as clothing, but it's a colour that works well in accessories I think. After Tasha's recent post on hand-worked buttonholes, I decided to go whole hog and do the buttonholes by hand too! Not that my little camera would focus well enough to show the buttonhole stitches clearly, mind you.

After making up my test garment, and due to the fabric limitations caused by that weaving fault, I decided to change the cuffs slightly. The original cuff is formed by folding a facing extension back on to line the end of the sleeve, which is double the depth of the turned-back cuff. This used a good 6" of extra fabric length on the sleeve, and the resulting cuff was a bit floppy and looked awkward when I bent my arm at all. So, I opted to make a narrower add-on cuff, which I cut on the bias for visual interest. 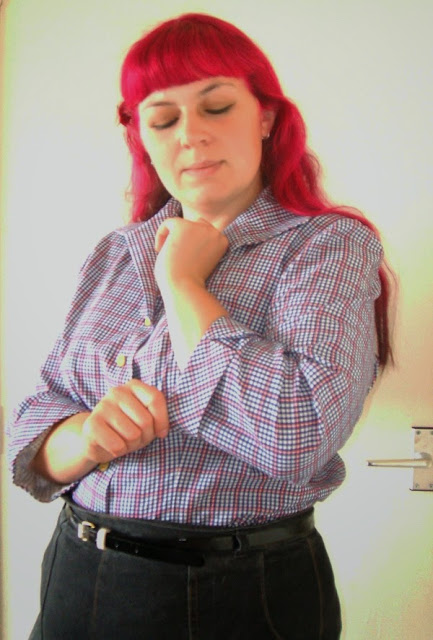 I didn't bother concealing the cuff seam: it's just hidden under the cuff. Nice and easy. 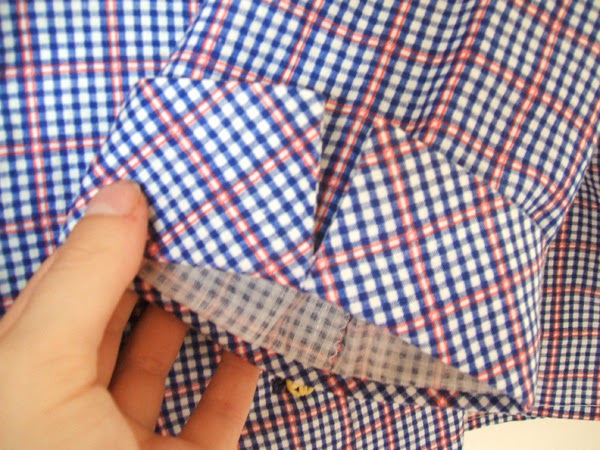 I flat-felled the shoulder seams, and finished the back neckline with a bit of self-bias. 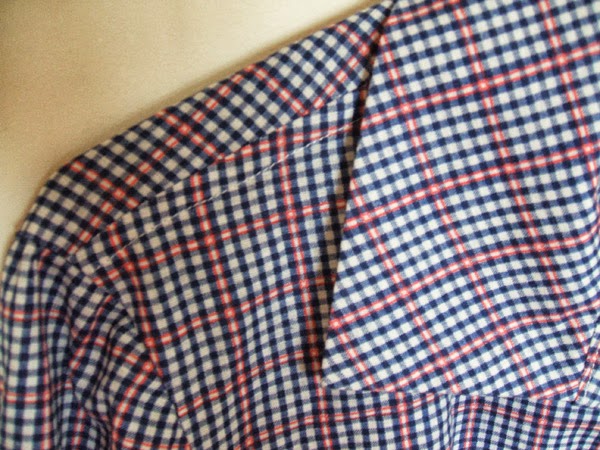 All in all, a nice casual basic for the cooler months, with space for a thin layer underneath if needed!

What about you? Who else has done Fall For Cotton?