Sewing for a new season

The reappearance of life in the garden this week has got me thinking about new sewing plans for less chilly weather. A little premature, perhaps, as we seem to have sunk back into a cold snap much more appropriate for January, but after such a miserable winter I'm craving better weather and the opportunity to wear nice things. It's been a season of howling gales and dreary rain in our corner of the country, neither of which are particularly good for one's sense of glamour.

So, on to my Spring sewing plans. For once I've collected images for an inspiration board on Pinterest, bringing together patterns, fabrics, projects and vintage images. This is a selection of them (sources for all can be found via Pinterest): 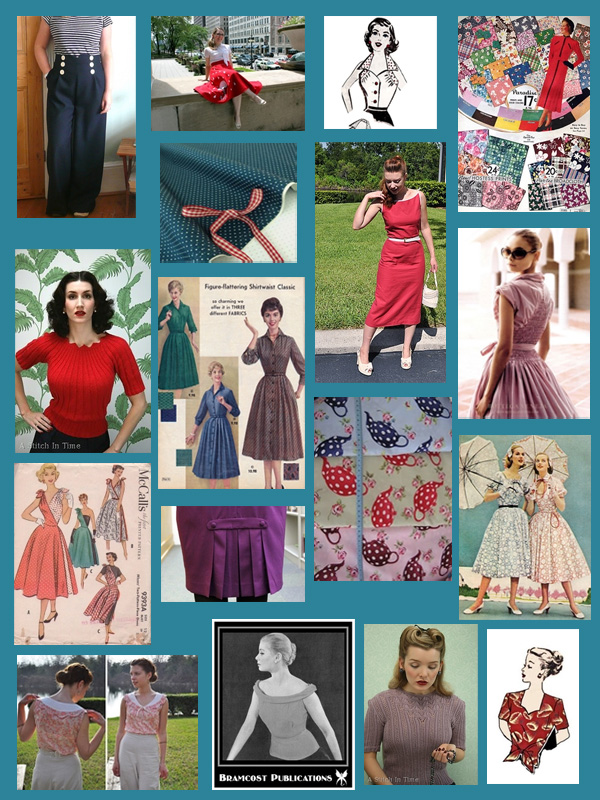 I'll still be concentrating on sewing separates, since I've found this makes for a more wearable wardrobe.

This time around I'm making less strict plans after my Autumn sewing plans fizzled out, but on the definite to do list are the following:
At some point in the run-up to summer I want to make a full skirted shirtdress, since it's one of those iconic 50s styles I've never got around to making up. I think one of the problems I have there is choosing a suitable fabric. I wouldn't want to use a plain colour, but equally if I went for a pattern then I wouldn't want something too overwhelming on such a large garment. Perhaps a plain with patterned contrasts will be the way to go!  I'd also love to do something that incorporates smocking; I think the pink dress in the board above shows how it can be beautifully put to use in women's clothing. Admittedly though, it will probably only make onto something for Little One!


Building on my Autumn colour palette, I've added a few shades within the colour scheme, including a brighter emerald in place of the bottle green, and a vivid sky blue.