Sew For Victory: Some 1940s sewing

Who else is taking part in Rochelle's 1940s themed sewalong, Sew For Victory? The timing of this project fits quite well with my current sewing plans, so I decided to throw my name in for it.

My lack of trousers is an ever-annoying problem (as you may be aware, I've mentioned it so often), one that I've been meaning to remedy for months now. I'm down to one pair of now slightly scruffy-looking red capri pants, my denim Simplicity 3688 trousers (which having finished I decided are a tad too big after all) and a pair of black cargo pants that I'm ashamed to be seen in. So all in all, pretty dire. On my recent trip to visit family I went fabric shopping and bought a couple of lengths of trouser-weight fabric.

The first is a very dark (and hard to photograph accurately) navy wool and poly blend. These will be a nice pair of 3688 trousers, which I intend to line and make nicely fancy. These will probably wait until after the Sew For Victory challenge has finished though. 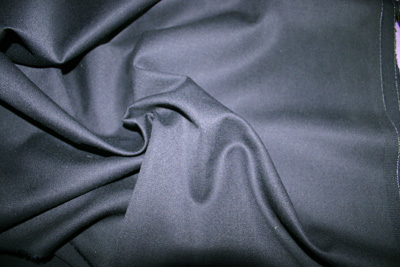 The second wasn't actually intended as trousers for myself. I bought 1.5m of this navy cotton drill for a pinafore for Little One, and ended up with 3m! It was a new roll and had tape around it, so he cut past where the tape ended and then some, so I got double the amount for no extra cost. It has a small lycra content so has enough stretch for comfort, and has a nice soft slightly brushed surface on the right side. 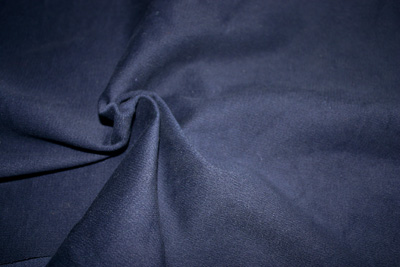 After cutting out the pinafore, I had plenty left for another Simplicity 3688, so went ahead and cut them out. Since I still had plenty of large scraps left, I've decided to go ahead and make something a little different. 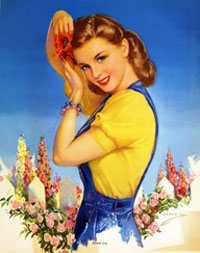 Dungarees! Or overalls, for my American readers. This side of the pond overalls are what greasy car mechanics wear, and are not generally something to aspire to. I first saw this pair on Sew Retro when it was posted over a year ago and fell in love. I'll be aiming for something similar with the sweetheart neckline, but will draft the bib section myself.

As well as the dungarees, I'm starting a new knit. A while back I saw this jumper made up by Lucy of 1940s Style For You. I finally found a reproduced copy of the pattern on eBay and bought myself a copy. I love pretty much everything about it: the cable pattern, puff sleeves, and the high collar. 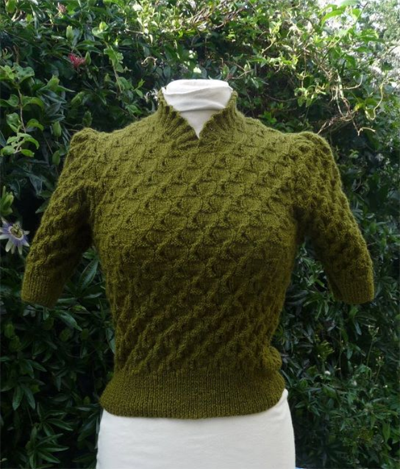 I'll be making it in Jarol Heritage 4 ply, in Cardinal red given to me by my mum. It's a wool/acrylic/nylon blend, and seems quite fine for a modern 4 ply so should work quite nicely. I've done my test swatch to check tension and figure out the stitch pattern: this is my first time knitting cables! 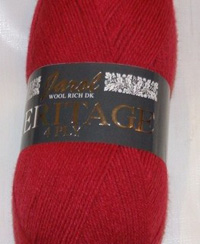 I can say pretty confidently that this will NOT be finished by the SFV deadline at the end of March!

Add to this a 1940s inspired polka dot dress and I think I have plenty to be going on with this month.