I finally got round to making up one of the patterns from Gertie's New Book For Better Sewing. I got this as soon as it was out and hadn't got round to making anything from it yet, until this last week. I'd had this fabric pinned as a shirtdress for a while, but didn't think I'd have enough for this particular pattern as the fabric requirements stated 3m of 60" width. Let me tell you that was WAY off! I had about 2.1m and managed to squeeze out everything except the back yoke lining and the pockets (which I wouldn't normally use the main fabric for anyway). I would think you could easily get this out of 2.5m or less, depending on the size you cut. 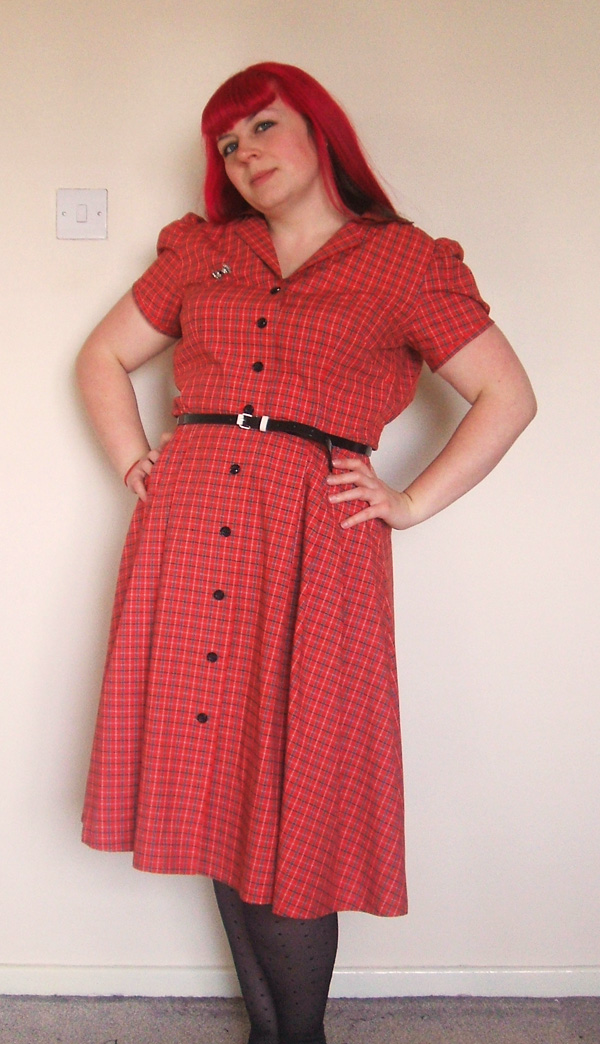 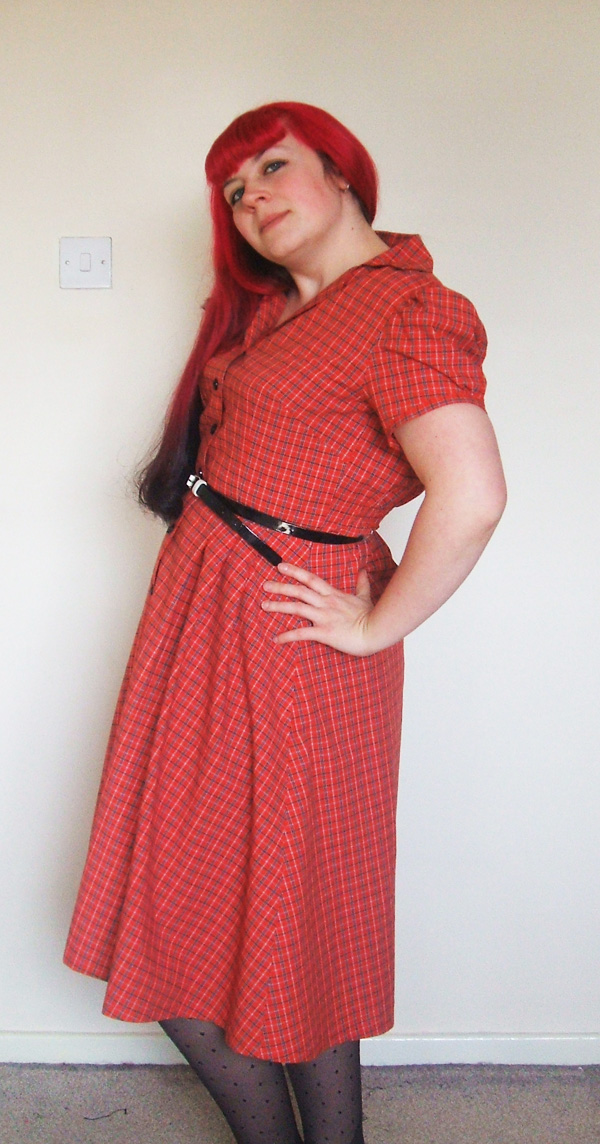 On to the details. As I said, I didn't cut the yoke lining- instead I cut a facing for the back neck, traced off the back yoke piece. Thanks to my dodgy cutting it ended up slightly too wide, so it now has a pleat stitched up the centre back of the facing. Never mind. No-one will ever know except you guys! 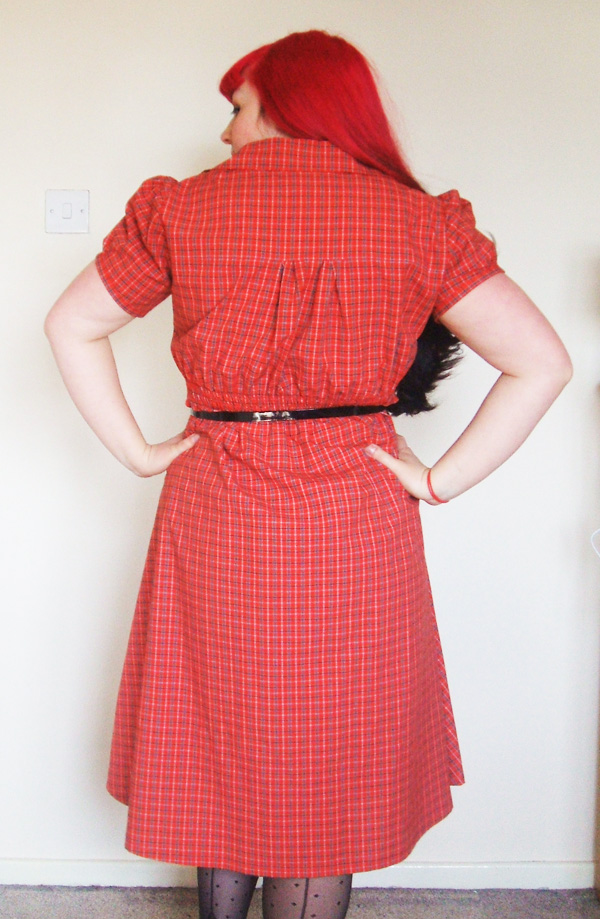 I chose little black buttons with a swirl pattern. I can safely bet this design has been in production for at least a good twenty years- I found an identical one in my button tin that belonged to my nanna! I bought a good number of these in two sizes as they have a nice mid-century feel to them. I won't show you the buttonholes though. This fabric did NOT like doing buttonholes, in spite of being a nice crisp cotton that ought to have behaved itself. You just can't win sometimes.

The only alteration I made was to the width of the shoulders. Rather than simply take them in, I only took width off the back shoulder edge, then gathered the front in to add an extra detail there. While I like the visual effect it has, the extra width at the front means it slips off the shoulders here slightly and pulls, something I've only found out after wearing it all day! I'll probably go back and add some rows of shirring or gathering below the shoulder to help pull it in. Probably not though. I can rarely be bothered going back to fix little problems like that! 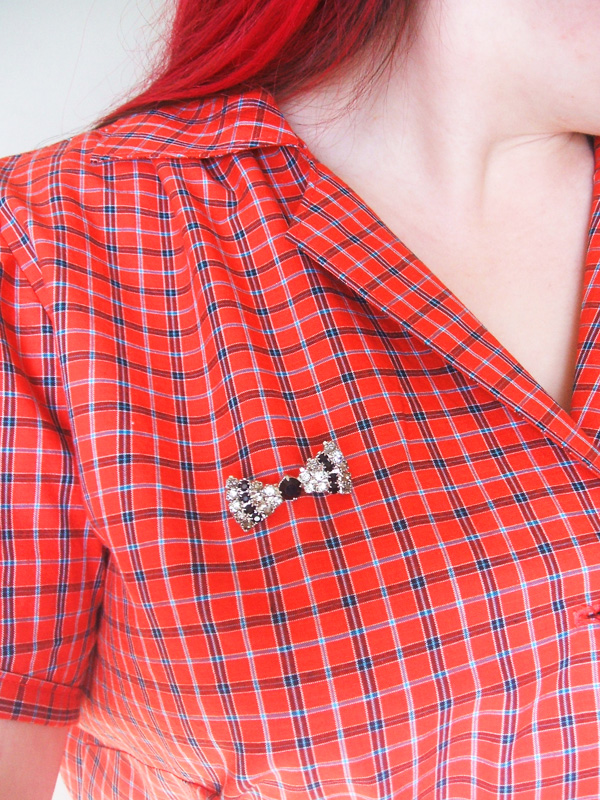 The brooch is one of my most recent purchases, a little 1950s bow. I think a few of the stones must be replacements, as there are several clear ones in mixed in with the rows of smokey grey toned ones. It's very pretty and easy to wear though. 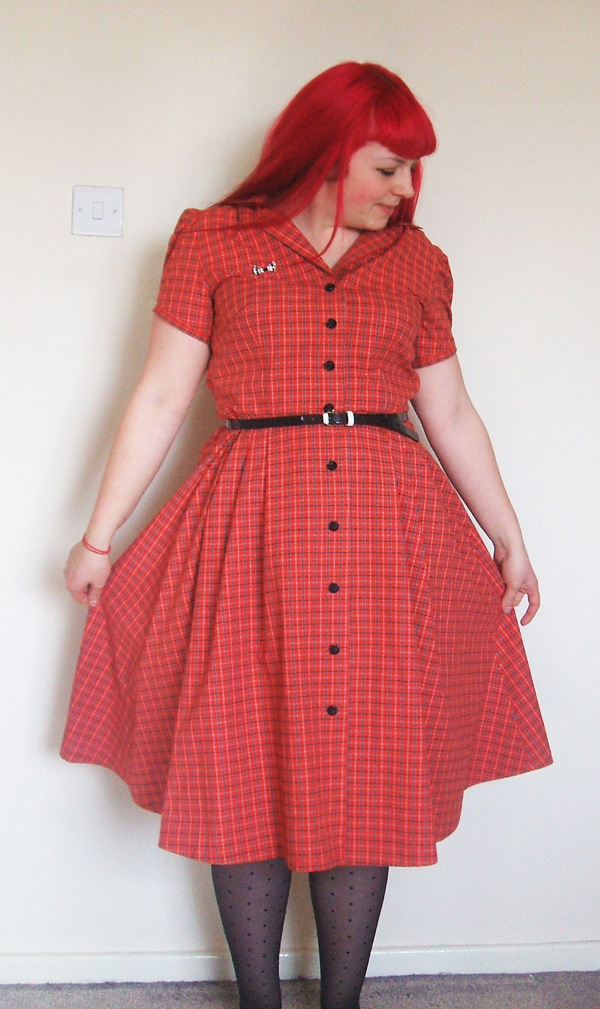 All in all I'm pretty happy with this dress. My only misgiving is with the shirred back: I think it's a little unflattering on my erm... generous proportions back there. See the pooling fabric where the excess is released from the shirring? I don't know. I might try adding some tuck-darts on my next version and see how they work instead. Other than that I really love this dress! Now we just need the weather to let me wear them without the slip, tights and cardigans. We've had lovely sunshine this week, but there's still snow on the fells and a bite in the wind.

Oh, and hats off to my not yet three-year-old  for taking the photos!
Posted by Ginny at 16:20