I found another of these books last week, from the same shop as the previous one, and owned by the same two women, presumably sisters. This title is Film Review, by F. Maurice Speed, and is a review of the films of 1948, with previews of films due for release the following year.


The inner title page is typically 1940's bright. The very first page of this book has been cut out, however. I can't help but wonder whose picture it was; did the books original owner have it framed in her room perhaps? 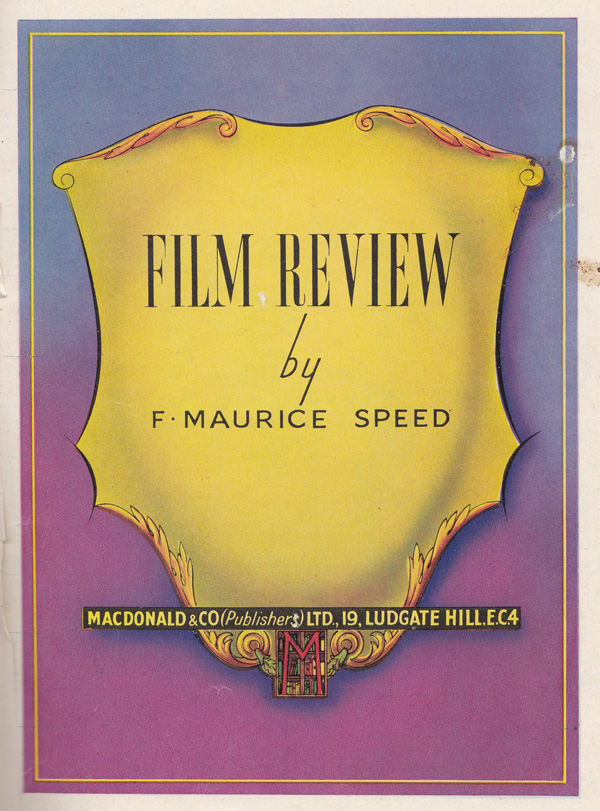 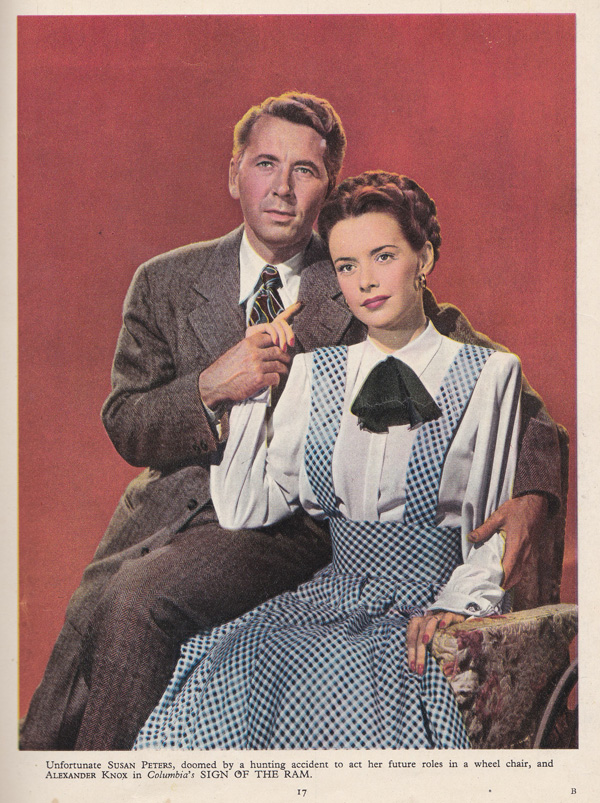 Angela Lansbury with a head full of curls, alongside George Sanders 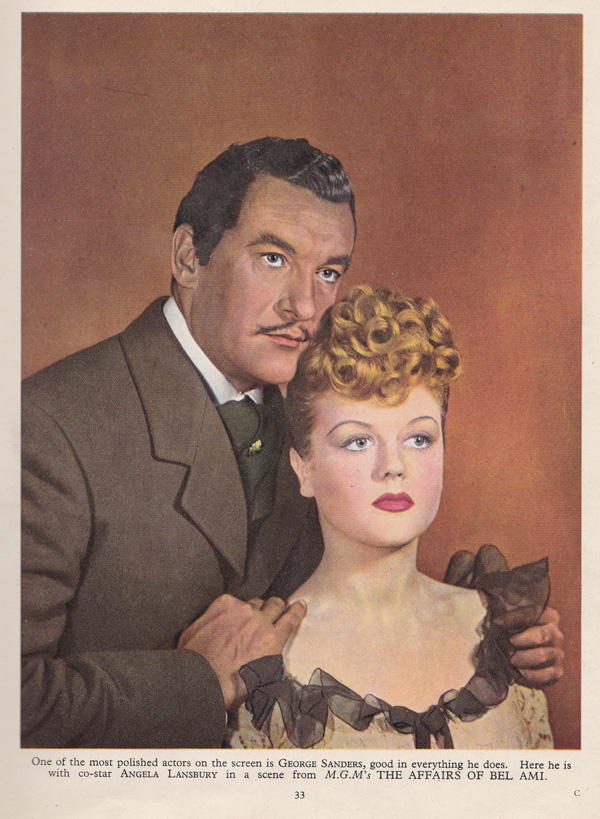 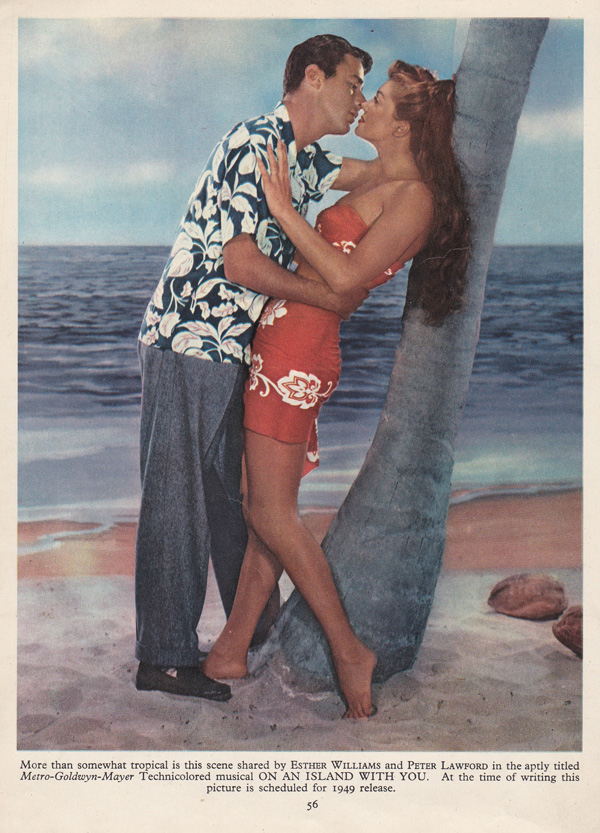 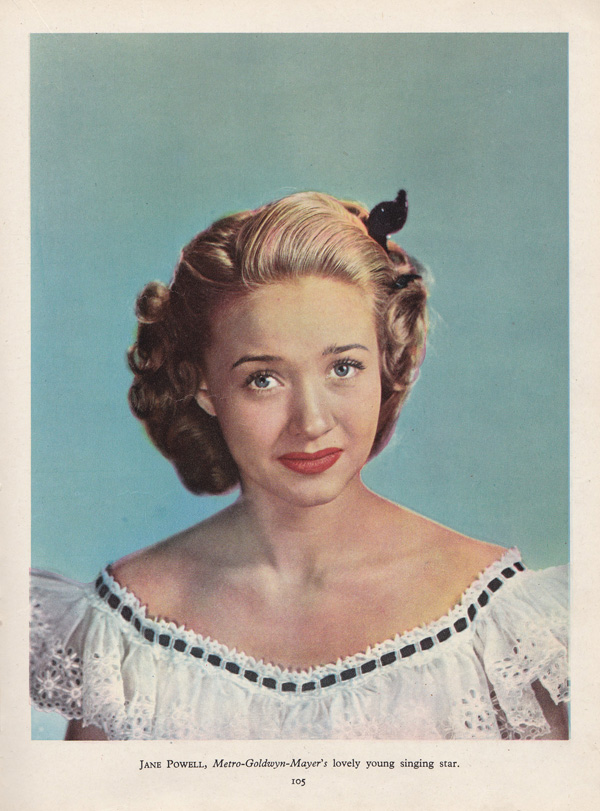 Jane Wyman in a green ensemble. Check out the button tab fastening on the jacket. 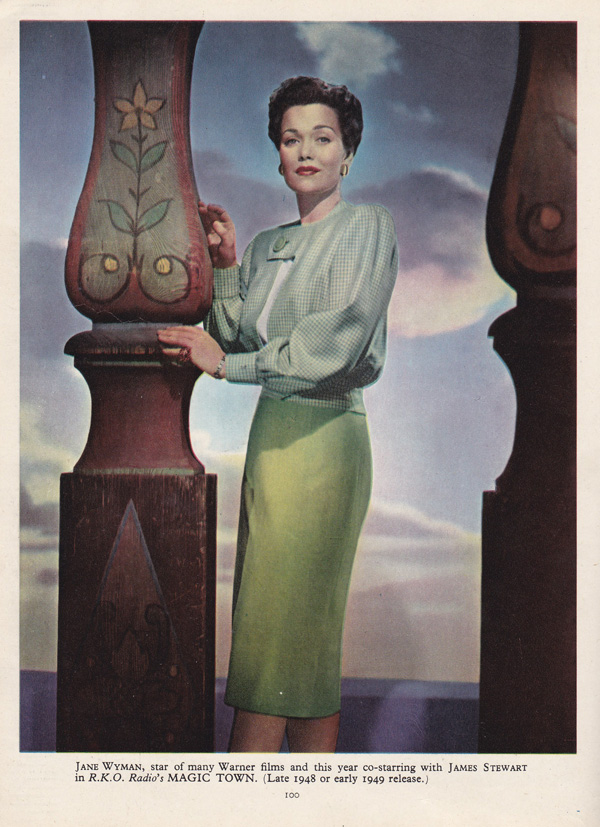 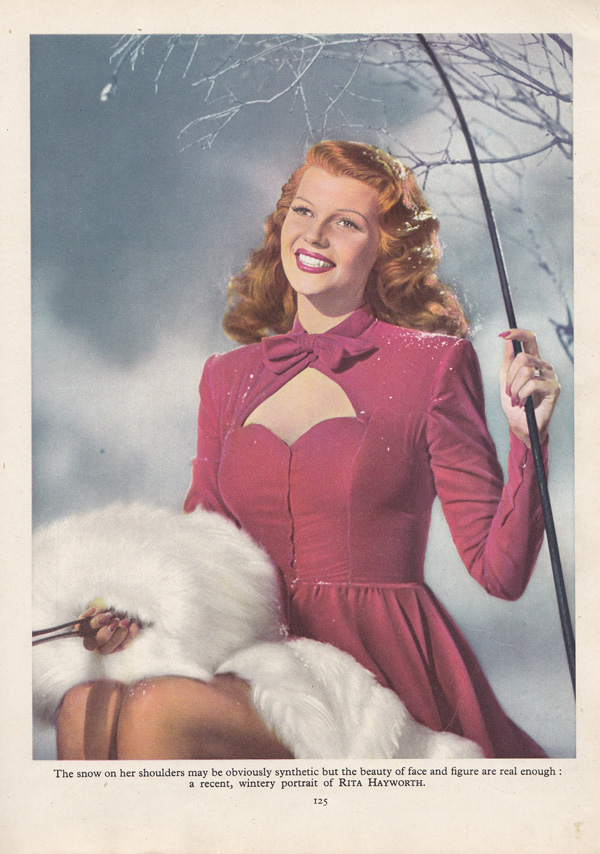 I had a bit of a thing for Robin Hood films as a kid, including the garishly technicolour ones of the early 20th century, so I had to include this one. From The Prince of Thieves. 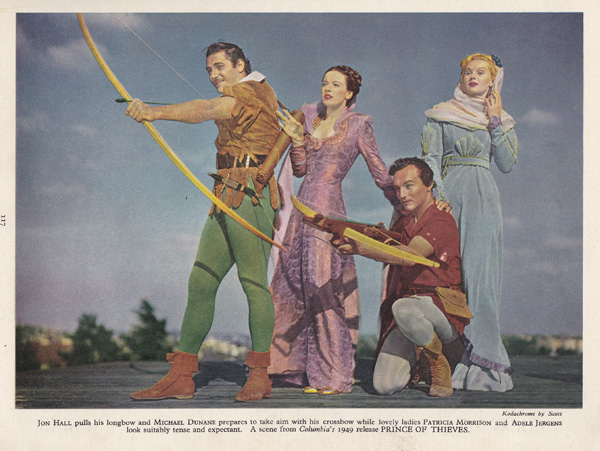